WELLINGTON, New Zealand — Rob Costigan bought a rugged farm in rural Australia three years ago with the dream of building it into something he could leave to his kids. One year later, he needed to truck in water to battle an extreme drought. Then Australia’s deadly wildfires raged perilously close in late 2019, forcing Costigan to spend day after day stamping out embers and running sprinklers on his roof to save his home in an eerie atmosphere he likens to Armageddon. 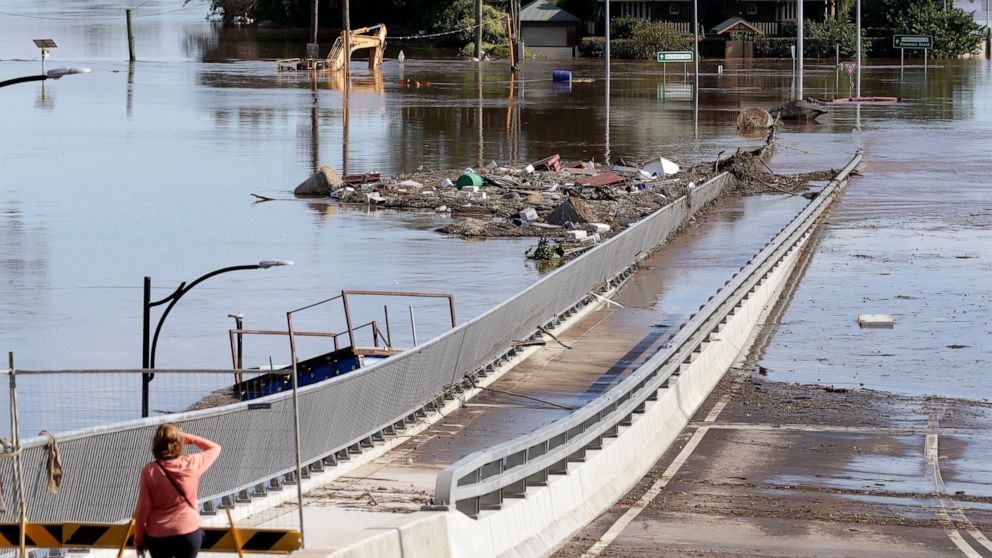 Then last week, on the day his daughter Eva was supposed to be celebrating her 11th birthday, came the floods. Thankfully, the family had already left to stay at his brother’s home. The water roared through with such force it lifted both Costigan’s farmhouse and a second home where his father-in-law lived from their foundations, destroying both. The family is still picking up toys and clothes strewn far and wide — they even found their gas barbecue bottle stuck in a tree.

“Just disbelief,” said Costigan. “It feels like the world’s against us. You work your guts out and then to have it all just washed away in the blink of an eye.” Costigan, 40, a road maintenance worker whose farm is in the Hollisdale community about a five-hour drive north of Sydney, said he’s thankful that so far he’s managed to avoid yet another disaster — the plague of mice that is affecting some farms in the region. Maybe, he hopes, the floods will help wash them away.

Australia has always been a land of harsh weather, where droughts and fires form part of the nation’s psyche. But experts say that global warming is likely making recent weather events more extreme. The raging wildfires that burned through until early last year killed at least 33 people and destroyed more than 3,000 homes.

“These events are expected,” said Sarah Perkins-Kirkpatrick, a climate scientist at the University of New South Wales. “But climate change has put them on steroids.” She explained that, paradoxically, a warming atmosphere could worsen both droughts and floods. The extra heat can suck more moisture from the ground during droughts. But warmer air can also hold more water, she said, so that when it does rain, it pours.

Google Assistant ‘Memory’ wants to become your new Pinterest board

Amadeus on working with Microsoft to change up its cloud strategy