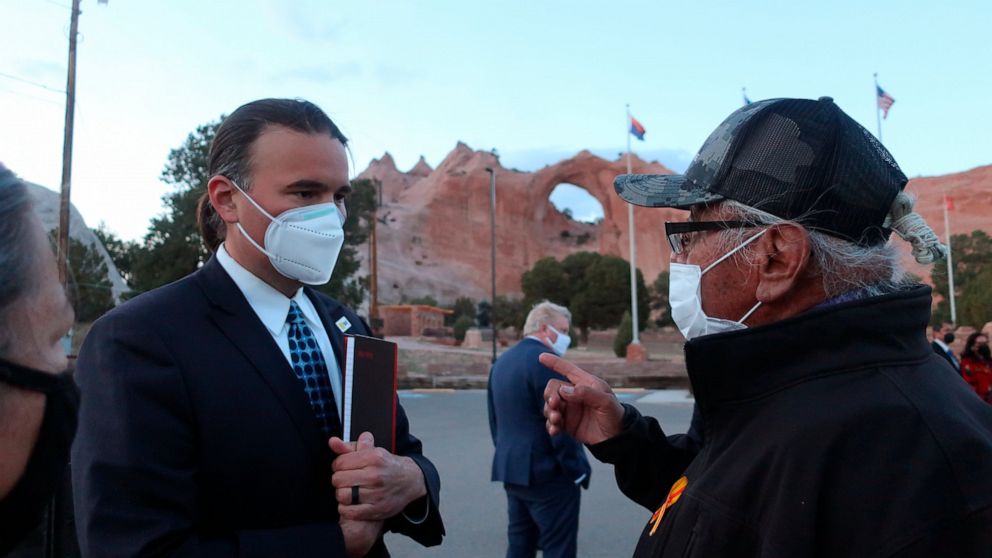 Tracy Stone-Manning of Missoula, Montana, was nominated late Thursday to direct the Interior Department’s Bureau of Land Management, which has jurisdiction over about a quarter-million acres (100 million hectares) and one-third of the nation’s underground minerals, including vast reserves of oil, natural gas, and coal. The agency regulates drilling, mining, grazing, and other activities. It is set to play a vital role in Biden’s commitment announced Thursday to cut climate-warming emissions from fossil fuels by half by 2030.

Stone-Manning, 55, spent the past four years at the National Wildlife Federation, where she led the group’s efforts to preserve public lands for wildlife, hiking, hunting, and other nonindustrial uses.

She previously worked as chief of staff to former Montana Gov. Steve Bullock, as an aide to Montana Democratic Sen. Jon Tester, and three decades ago as a spokesperson for the activist environmental group Earth First.

If confirmed, Stone-Manning would serve under Interior Secretary Deb Haaland, a former Democratic congresswoman from New Mexico approved over opposition from Republicans, citing her criticisms of the oil and gas industry.

The confrontations resemble political fights that took place over many of former President Donald Trump’s appointees — only now it’s environmentalists and progressive activists under scrutiny versus the industry lobbyists favored by Trump.

Stone-Manning opposed Trump’s drilling-friendly policies as destructive to public lands and said in 2019 that the Republican’s plan had thrown the balance between conservation and development “out of whack.”

HUAWEI Mate X2 foldable is getting a 4G version as well