As evidenced in the world of business, government, and everyday life, biometrics technology is widespread and expanding. For example, people can unlock their smartphones with their faces. Banks can recognize customers by the sound of their voices, and police can identify suspects with automated fingerprinting. 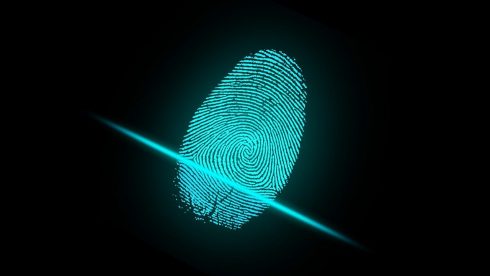 These are just some of the common applications for biometrics.

But while the technology offers many benefits – from convenience and faster service to better safety and security, it is also an industry marked with challenges. There are many privacy concerns with biometrics and many unanswered questions about how to address them.

What Is Biometric Technology?

Biometric technology automatically identifies people based on their unique biological characteristics such as physical traits including face, fingerprints, iris, retina, and DNA, and behavioral factors like voice, gait, mannerisms, and signature.

Most biometric systems work similarly. A sensor collects an individual’s biometric information, and then software translates it into a digital graph or code. Next, it compares it to other records within a database. A match can mean many things, including verifying a person is who they claim to be, revealing the identity of an unknown person, and singling out someone on a watch list.

Because everyone is unique, their biometrics are complex to fake or steal. This is different from traditional forms of identification such as a driver’s license, passport, password, and PIN.

As a result, biometrics can be highly accurate, and along with its speed and ease of use, the benefits of the technology are fueling a growing biometrics trend.

How Are Biometrics Used?

Businesses and government agencies are increasingly using biometrics in a variety of applications.

Wherever security is essential, biometrics can play a part. These systems offer a reliable way to identify people quickly and efficiently in crowded places such as high-security areas, airports, and border crossings.

In law enforcement, police can collect DNA and fingerprints at a crime scene. They can also use video surveillance to identify possible suspects in a crowd.

Many companies are also using these systems to replace passwords for computers, phones, and restricted access rooms and buildings such as those storing pharmaceuticals or sensitive equipment. So, instead of typing in a PIN or password, they can scan their face or fingerprint.

Retailers can use biometrics to authenticate employees clocking in and out of work and survey the premises for potential shoplifters and deliver personalized shopping experiences to customers who opt into their program.

And in the era of COVID-19, facial recognition is being adopted globally to track the virus’ spread.

Biometric technology is rapidly evolving and will likely have a growing role in modern-day life. The need for tighter security in the fight against cybercrime drives this growth.

Ultimately, biometrics have almost unlimited potential across many sectors. And they offer the convenience of integrating seamlessly into the human workflow.

What Are the Downsides?

While there are obvious advantages to biometrics, relying on them does bring risks.

Biometrics are inherently public so that someone could duplicate some traits from another person. For example, a criminal could lift a person’s fingerprint from a glass tabletop. Then, they can use this information to gain access to a device or account.

Hackers can target biometric databases, too, putting people at risk for identity-based attacks. If this happens, they may not be able to do anything about it. A person can always change a password, but not their fingerprints and eyes.

And organizations may share or sell biometric data to other organizations without a person’s consent. When this happens, their data is no longer under their control. It is also at a greater risk of getting stolen if companies don’t have cyber security practices. Other potential threats to biometrics include tracking someone with or without their knowledge by using biometric data from public surveillance and potentially picking up false positives and negatives during routine usage even though biometrics are highly accurate.