Thousands of electric vehicle charging stations will be built around the country over the next decade. ChargerHelp!, founded in January 2020 by Kameale C. Terry and Evette Ellis, wants to make sure they stay up and running.

The idea for the on-demand repair app for EV charging stations came to Terry when working at EV Connect. She held several roles, including director of programs and head of the customer experience. She noticed long wait times to fix non-electrical issues at charging stations due to the industry practice to use electrical contractors. 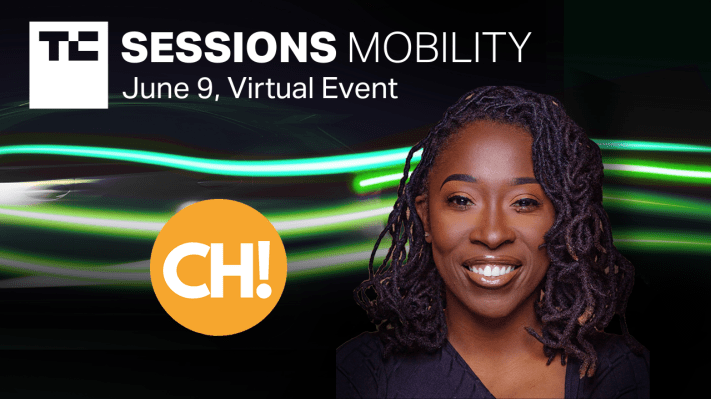 “When the stations went down, we really couldn’t get anyone on-site because most of the issues were communication issues, vandalism, firmware updates or swapping out a part — all things that were not electrical,” Terry said in an interview with TechCrunch earlier this year. After Terry quit her job to start ChargerHelp!, she joined the Los Angeles Cleantech Incubator, developing a first-of-its-kind EV Network Technician Training Curriculum. Shortly after, Terry and Ellis were accepted into Elemental Excelerator’s startup incubator and have landed contracts with significant EV charging network providers like EV Connect and SparkCharge.

The company uses a workforce-development approach to hiring, meaning that they only hire in cohorts. Workers receive full training, earn two safety licenses, are guaranteed a wage of $30 an hour, and receive shares in the startup, Terry said.

We’re excited to announce that Kameale Terry will be joining us at TC Sessions: Mobility 2021, a one-day virtual event scheduled for June 9. We’ll be covering a lot of ground with Terry, from how she developed her EV repair curriculum to what she sees in the company’s future.

Each year TechCrunch brings together founders, investors, CEOs, and engineers working on all things transportation and mobility. If it moves people and packages from Point A to Point B, we cover it. This year’s schedule is filled with leaders in the mobility space who are shaping the future of transportation, from EV charging to autonomous vehicles to urban air taxis.

Among the growing list of speakers are Rimac Automobili founder Mate Rimac,  Revel Transit CEO Frank Reig, community organizer, a transportation consultant, and lawyer Tamika L. Butler and Remix/Via co-founder and CEO Tiffany Chu, who will come together to discuss how (and if) urban mobility can increase equity while remaining a viable business.

Don’t wait to book your tickets to TC Sessions: Mobility as prices go up at the door. Grab your passes right now and hear from today’s most prominent mobility leaders.

Google wanted your location data so bad, it buried the controls in Settings