CHICAGO (AP) — Chicago Mayor Lori Lightfoot touted a preliminary agreement with the teachers union over COVID-19 safety protocols on Sunday, potentially averting a strike in the nation’s third-largest school district. Some students could return to classrooms as soon as Thursday, with the reopening of school phased in by grade. Also, the city agreed to vaccinate 1,500 teachers and staff weekly at vaccination sites dedicated to Chicago Public Schools. The possible deal — 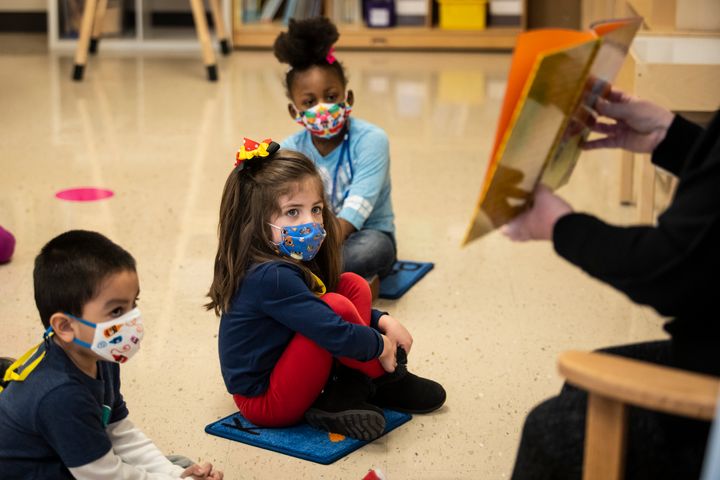 which still requires approval from the Chicago Teachers Union —- also includes metrics that would trigger school closings when cases spike. The union and district have been fighting for months over a plan to gradually reopen the roughly 340,000-student section, with talks breaking down in recent days on issues including vaccinations. Lightfoot and CPS officials had threatened to lock educators out of teaching systems multiple times, which the union said would lead to a strike for the second time in less than two years.

By Sunday, the first-term mayor who had been visibly agitated at recent news conferences was smiling.

“This agreement was about making sure everyone in our school communities just aren’t safe, but also that they feel safe,” Lightfoot said, calling the last 11 months a “whirlwind for the entire city.”

While she called it a “tentative agreement,” the union characterized it as an offer that required further review.

“We do not yet have an agreement with Chicago Public Schools,” CTU tweeted on Sunday. “We will continue with our democratic process of rank-and-file review throughout the day before any agreement is reached.”

It was unclear when the union would begin voting. The union’s house of delegates would have to decide whether to send the proposal to roughly 25,000 members for approval.