BEIJING — A Chinese spacecraft entered Mars orbit on Wednesday on a mission to land a rover and collect data on underground water and possible signs of ancient life, state media said. China’s probe Tianwen-1 successfully entered the orbit around Mars on Wednesday after a nearly seven-month voyage from Earth,” the Xinhua News Agency said in a brief report. The orbiter-rover combo became the second spacecraft in two days to reach the red planet. An orbiter from the United Arab Emirates led the way on Tuesday. Next week, the U.S. 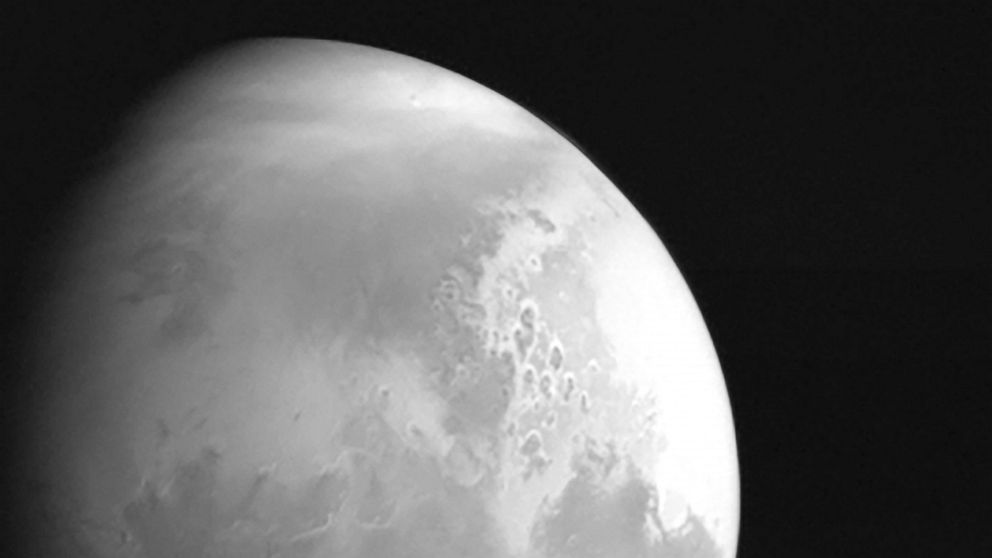 will try to land its Perseverance rover on the Martian surface. Only the U.S. has successfully touched down on Mars — eight times, beginning with two Viking missions. A lander and rover are in operation today. All three Mars missions launched last July to take advantage of the planet’s close alignment with Earth that occurs only every two years. The Chinese mission is it’s most ambitious yet. If all goes as planned, the rover would separate from the spacecraft in a few months and attempt to touch down. If all goes as planned, China will become only the second nation to do so successfully.

Article Summary show
Tianwen, the title of an ancient poem, means “Quest for Heavenly Truth.”
Six others were already operating around Mars: three U.S., two European, and one Indian.

Tianwen, the title of an ancient poem, means “Quest for Heavenly Truth.”

Landing a spacecraft on Martian soil is notoriously tricky, and China’s attempt will involve a parachute, back-firing rockets, and airbags. Its proposed landing site is inside the massive, rock-strewn Utopia Planitia, where the U.S. Viking 2 lander touched down in 1976.

The solar-powered rover — about the size of a golf cart — is expected to operate for about three months and the orbiter for two years. Only the U.S. has successfully touched down on Mars — eight times, beginning with the two Viking missions. A lander and rover are in operation today. A U.S. rover called Perseverance aims for a Feb. 18 touchdown on Mars to search for signs of ancient, microscopic life and collect rocks for return to Earth in the next decade. The UAE’s orbiter called Amal, Arabic for Hope, began circling the red planet on Tuesday to gather detailed data on Mars’ atmosphere.

Six others were already operating around Mars: three U.S., two European, and one Indian.

Many others haven’t made it. Smashed Russian and European spacecraft litter the Martian landscape along with a failed U.S. lander. About a dozen orbiters missed the mark.

Tianwen-1 is China’s second attempt to send a spacecraft to Mars. In 2011, a Chinese orbiter that was part of a Russian mission didn’t make it out of Earth orbit. China’s secretive, military-linked space program has progressed considerably since then. In December, its Chang’e 5 mission was the first to bring lunar rocks to Earth since the 1970s. China was also the first country to land a spacecraft on the little-explored far side of the moon in 2019.