ColourPop Toucan Do It Crème Gel Liner ($5.00 for 0.01 oz.) is a rich marigold with strong, warm orange undertones and a metallic sheen. It had semi-opaque pigmentation, which was somewhat buildable in coverage, that applied decently to the lower lash line but wasn’t as even as it could (or should) have been.

The texture was more emollient while slightly stiffer, which may have been why it was hard to get a genuinely even application of color. When used as a thin line of color, as eyeliner often is, the unevenness wasn’t noticeable from an average viewing distance. It lasted for eight hours before fading noticeably. 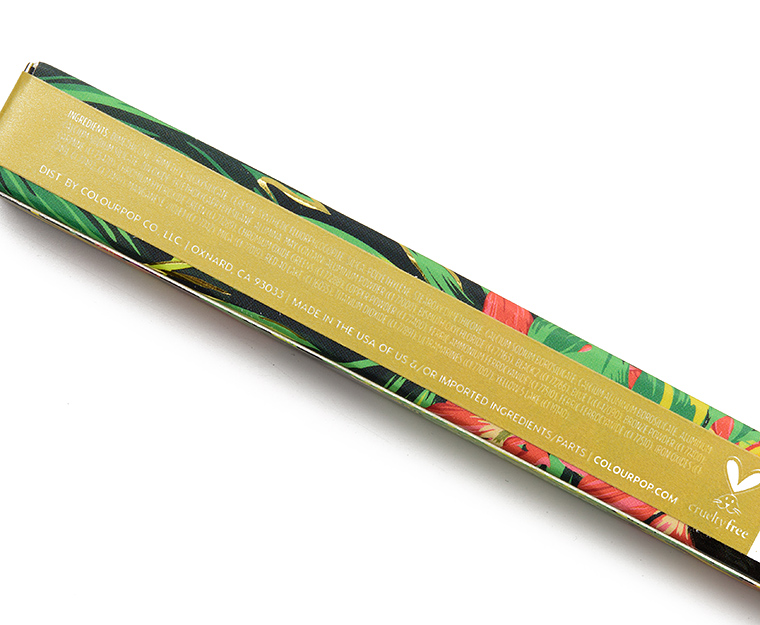 ColourPop Aglow Crème Gel Liner ($5.00 for 0.01 oz.) is a bright, light green with cooler undertones and warmer, contrasting gold shimmer. It had semi-sheer, buildable pigmentation (up to semi-opaque) that had some translucency throughout, so it never looked as even as I hoped it would. From a distance, it wasn’t noticeable, though, when used as an eyeliner. The texture was lightly emollient, making it comfortable to apply, but it tended to push around the product slightly. It stayed on decently for seven hours before thinning visibly.