Trending Now
Social Media On Mental Health – What Should...
Check If You Are Exonerated From Property Taxes...
Is Solar Energy Renewable? An Explanation of Solar...
Overlook the Racism in the UK Music Industry
Learn And Create A Powerful SEO Strategy For...
IPhone 13 Pro: Get Yours Now and Be...
How to Get Started with the Top 10...
Get Your Perfect Fit With Nike Wide Shoes
What is a Junior Finance Analyst?
The 5 Best Early Childhood Education Programs for...
Health

Sometimes “following the science” is a simple matter of listening to the authorities you trust, like Anthony Fauci, and ignoring the ones you don’t, like pretty much anybody who was working inside former President Donald Trump’s White House. But sometimes it’s more complicated because the trustworthy scientists don’t agree with one another and because the arguments on both sides sound compelling ― and because the debate is taking place against the backdrop of a pandemic that seems to be spinning off new, more dangerous versions of the pathogen every day. 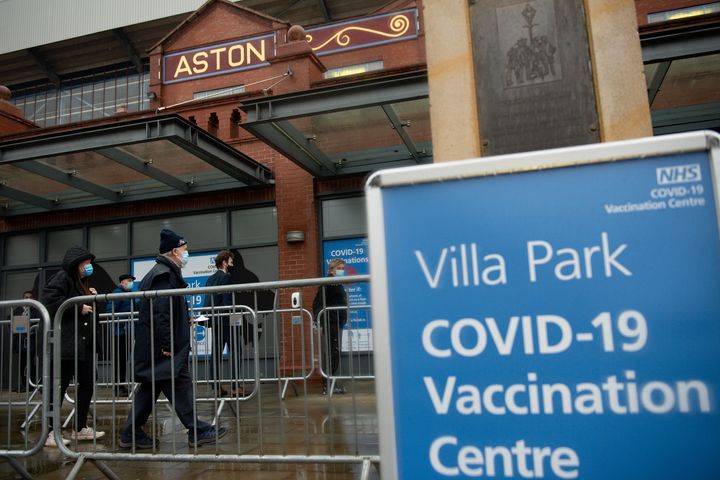 Such is the case with the debate over whether to delay second doses of the COVID-19 vaccine and focus on getting the first doses to as many people as possible. It’s the strategy that British officials have chosen, and, increasingly, the notion is getting serious consideration here in the U.S. ― although some of the most high-profile, most trusted authorities on the subject, including Fauci, remain opposed. Here’s a breakdown of the situation and the arguments, and why so many well-informed people are coming to different conclusions:

Early Data From Moderna And Pfizer Had A Surprise

Right now, the two vaccines authorized for use in the U.S. come from Pfizer and Moderna. They are the first-ever approved vaccines to use messenger RNA (mRNA) technology. Less than a year after the virus first started spreading across the globe, their development is nothing short of miraculous.

Both companies designed the shots to come with two doses, spaced three weeks apart for Pfizer’s and four for Moderna’s. Many vaccines require boosters to provide complete protection. Based on specialized studies they conducted earlier in the year, both companies’ scientists estimated that those intervals were most likely to be effective.

Clinical trials showed that the two-dose regimen is around 95% effective at preventing illness, relative to a placebo, with protection against severe disease and death that is near total. The U.S. Food and Drug Administration (FDA) quickly gave the vaccines emergency authorization. They are now going into the arms of Americans at a pace of more than 1 million shots a day. But buried in the vaccine makers’ research submitted to the FDA was another intriguing finding: evidence of some protection from just one go.

Will HUAWEI admit Samsung was right all along?

ASUS could launch a mini ZenFone this year

Social Media On Mental Health – What Should...