Court hearings into the EncroChat encrypted phone network compromised by French police have been delayed after lawyers requested prosecutors to disclose further evidence of law enforcement’s ability to decrypt communications. The National Crime Agency (NCA) has made more than 1,550 arrests under Operation Venetic after the French Gendarmerie harvested millions of supposedly secure messages from the EncroChat crypto phone network. 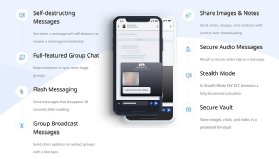 Which police say was used by criminal groups. Defense lawyers have argued that the disclosure of evidence has been made more difficult because disclosure officers do not understand the technical detail in documents relating to police hacking of the EncroChat encrypted phone network. The courts are preparing to hear up to a dozen preparatory hearings that will decide on the lawfulness, admissibility, and reliability of material retrieved from the EncroChat network. These decisions will be binding on future prosecutions. The NCA has not disclosed details of how many people have been charged under Operation Ventetic, the UK’s response to the takedown of EncroChat. Still, it is understood that around 450 defendants are contesting their prosecutions across the UK.

Jonathan Kinnear QC oversees the national strategy for all 250 prosecution cases in the UK – including dealing with legal challenges to the admissibility of EncroChat evidence – for the Crown Prosecution’s Organised Crime Division. Speaking at a preparatory hearing, he said prosecution lawyers were working to process requests for discovery from defense lawyers. He told a court that defense lawyers had submitted documents from public websites, some of which were marked “top secret” or “top secret strap one” in evidence.

“We have been working on a response to defence disclosure requests and re-reviewing the disclosure position overfort week and this weekend,” he said. “Given the complexity of the issues, including the technical nature of them and the sheer volume of the material involved, we have not yet completed that review. These are essential issues that impact not just this case but on a significant number of other topics.

What steps can we take to finally close...

How GSK Consumer Healthcare builds out its platform...

US government given permission to appeal UK’s decision...