LONDON — The European Union’s drug regulatory agency said Thursday that the AstraZeneca vaccine doesn’t increase the overall risk of blood clots and that the benefits of using it outweigh the risks, paving the way for European countries to resume dispensing the shots. Several European nations, including Germany, France, Italy, and Spain, had suspended their vaccine use over the past week following reports of clots in a few dozen of the millions of people who had received the shot across the continent. The question was whether the vaccine had anything to do with those clots. 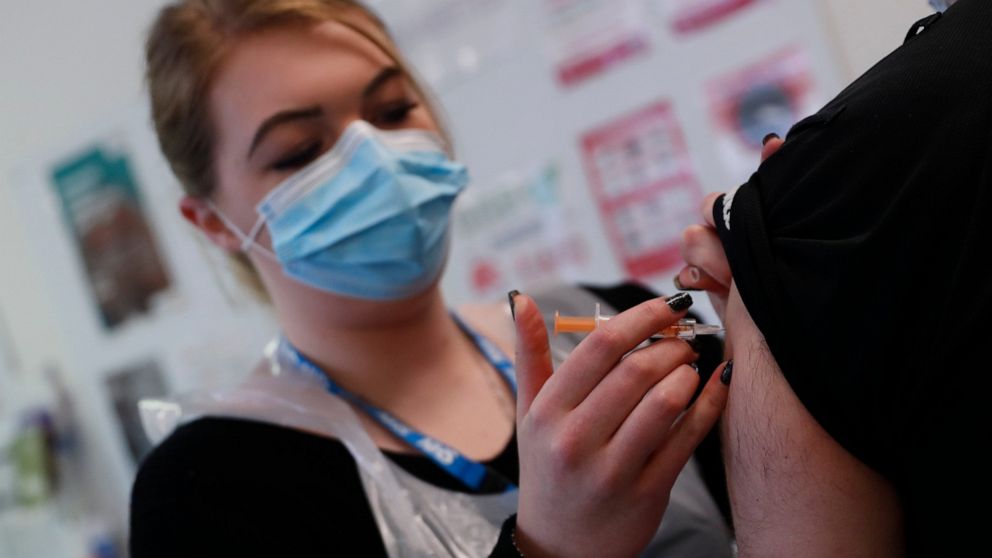 Italian Premier Mario Draghi welcomed the decision by the European Medicines Agency and immediately announced Italy would resume administering AztraZeneca vaccines as early as Friday. Germany, France, and others had said they would wait for the EMA’s determination before deciding whether to continue using the vaccine. “The committee has come to a clear scientific conclusion,” said the head of the EMA, Emer Cooke. “This is a safe and effective vaccine.”

She added: “If it were me, I would be vaccinated tomorrow.”

However, she said the agency “still cannot rule out definitively a link” between certain rare types of blood clots and the vaccine. The EMA recommended adding a description of these cases to the vaccine leaflets, so health workers and patients would be aware. Clots that form in the arms, legs, or elsewhere can break free and travel to the heart, brain, or lungs, causing strokes, heart attacks, or other deadly blockages. While many countries have continued to use the AstraZeneca vaccine,

there are concerns the debate could seriously undermine confidence in the shot, which is key to efforts to vaccinate the world’s population, especially in poorer countries. In Europe, where there is a choice of vaccines, the safety questions have complicated an already slow rollout across the 27-nation EU at a critical moment when infections are rising at an alarming rate again in many countries, in part because of mutant versions of the coronavirus.