PUERTO TRIUNFO, Colombia — Tucked between mountain ranges, the sprawling palace of Pablo Escobar was home to kangaroos, giraffes, elephants, and other exotic animals — a private zoo of illegally imported animals that was the most lavish ostentation of the feared drug kingpin as he reigned over the cocaine trade in Colombia. 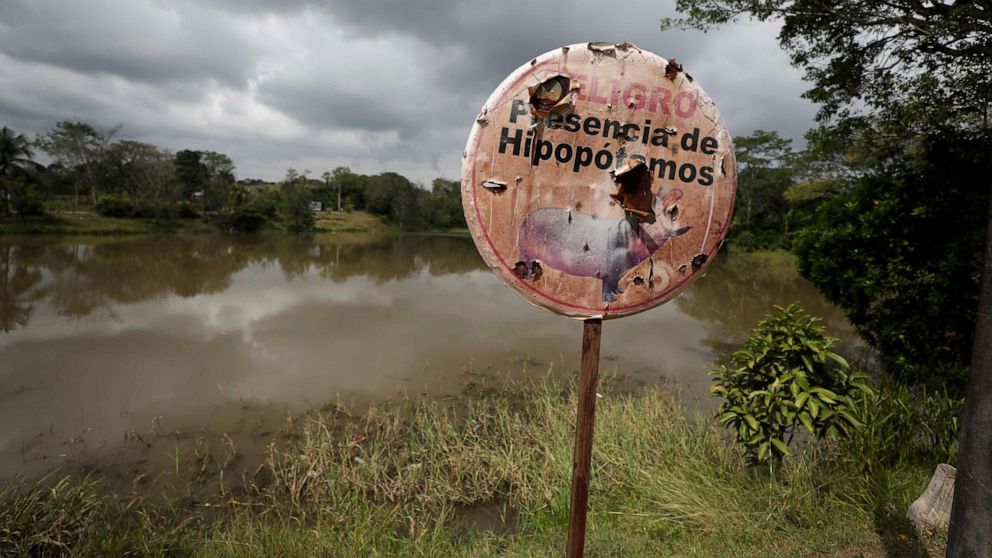 Escobar and his Medellin Cartel are long dead. Still, one of the zoo’s prized specimens is flourishing in the tropical countryside and wetlands in and around the palace-turned-theme park — the hippopotamus. Like the man who introduced them to this country after obtaining them from a U.S. zoo, they are a source of endless controversy.

Government attempts to control their reproduction have had no real impact on population growth, with the number of hippos increasing in the last eight years from 35 to somewhere between 65 and 80. A group of scientists is now warning that the hippos pose a significant threat to the area’s biodiversity and could lead to deadly encounters between the enormous animals and humans. They say hippo numbers could reach around 1,500 by 2035 if nothing is done.

They say the animals need to be culled.

“I believe that it is one of the greatest challenges of invasive species in the world,” said Nataly Castelblanco-Martínez, an ecologist at the University of Quintana Roo in Mexico and lead author of the group’s study. The idea of culling the herd has already drawn some criticism and is likely to see more. There was an outcry years ago when three hippos wandered from the

Escobar compound and were causing problems, and one was killed by hunters sent after the animals. The humans in this rural area have embraced the hippos as their own, partly because of the tourist dollars they bring in. It can be a puzzling bond for outsiders, considering the aggressive animals kill more people per year in Africa than any other wildlife species. Here, elementary school students are used to walking past a sign that reads “Danger — hippopotamus present.

Does The COVID-19 Vaccine Protect You More Than A Natural Infection?