Share your recent beauty purchases or rediscovered favorites in your stash (for those on low/no-buys!), chit-chat about weekend plans, and learn a little more about each other!

P.S. — Want to chat with readers on the regular? Check out Temptalia’s Discord, where you can talk about beauty, makeup, and more!? 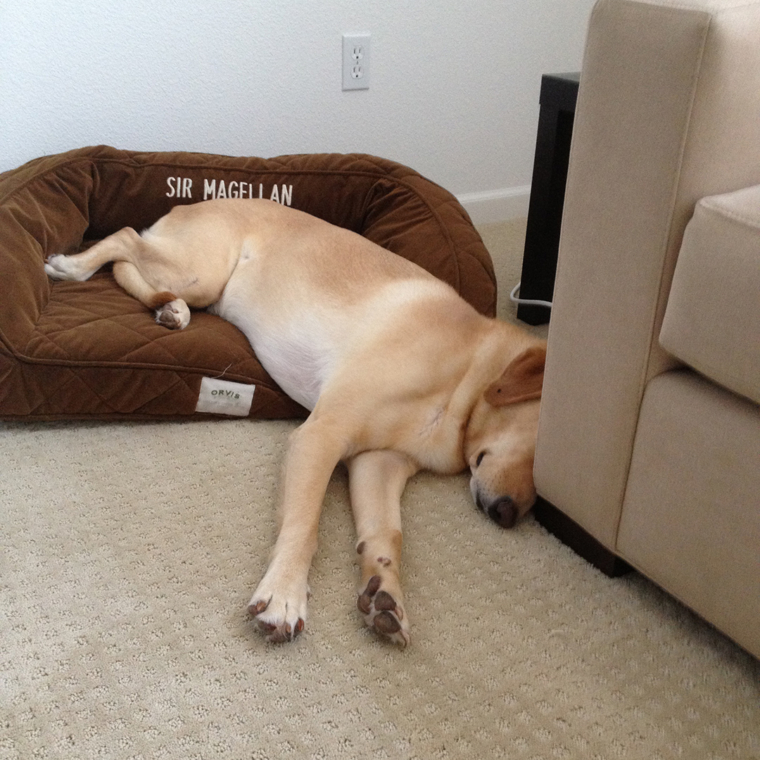 Undoubtedly, Mellan was a spoiled dog, perhaps most readily documented through his many, many beds. Ironically, the very first bed I bought him–around four months of age–he promptly peed on (despite being housebroken). It was probably because it wasn’t a fancy memory foam bed!

Mellan was diagnosed with severe bilateral hip dysplasia around six months of age (via x-ray). I remember the first orthopedist we saw recommended surgery for young dogs (under two), but as I had just started graduate school, I was wholly unprepared for that expensive (about $10,000). He said Mellan wouldn’t be able to walk within two years of age!

We got a second opinion from another orthopedist, who was the first doctor that told us to “treat the dog, not the x-ray,” and said that total hip replacement was highly effective and was something we could always do later on. She explained that hip dysplasia isn’t uncommon in larger dogs, like labradors, and many dogs never undergo surgery. She felt it better to treat conservatively, which we did — and ultimately, he never had hip surgery because he did not need it. The orthopedist we saw in Arizona kept shooing me out of his office and said Mellan was far too active and able-bodied!