SACRAMENTO, Calif. — California Gov. Gavin Newsom on Thursday asked people and businesses in the nation’s most populous state to voluntarily cut how much water they use by 15% as the Western United States weathers a drought that is rapidly emptying reservoirs relied on for agriculture, drinking water and fish habitat. 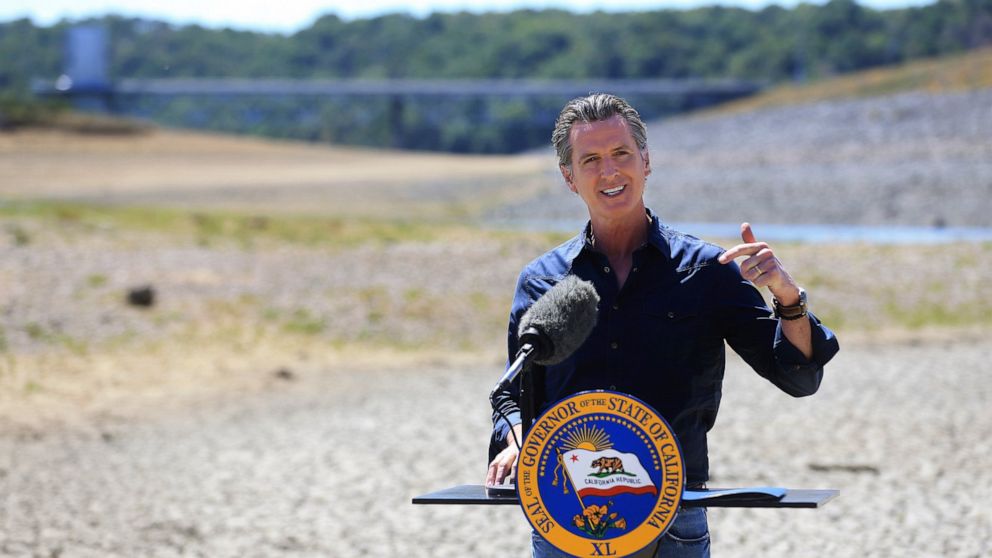 Water conservation is not mandatory, but it demonstrates the growing challenges of a drought that will only worsen throughout the summer and fall and is tied to more intense wildfires and heatwaves. Temperatures in parts of the region are spiking again this week but are less extreme than the record heatwave that may have caused hundreds of deaths in the Pacific Northwest and British Columbia in late June.

California’s most important reservoirs are already at dangerously low levels and will likely reach historic lows later this year. Lake Oroville in Northern California is at 30% capacity, and state officials worry water levels could get so low they might have to shut down a hydroelectric plant later this year. Along the Russian River, officials fear Lake Mendocino could empty later this year.

“This is jaw-dropping, what’s happening in the West Coast of the United States,” Newsom said Thursday during a news conference at Lopez Lake, a reservoir in San Luis Obispo County formed by a dam on the Arroyo Grande Creek that is at 34% capacity.

A historic drought tied to climate change is gripping the U.S. West and comes just a few years after California declared its last dry spell over in 2016. The earlier drought in California depleted groundwater supplies and changed how people use water, with many people and businesses ripping out landscaping and replacing it with more drought-tolerant plants.

Compared to before the previous drought, urban water usage in California is down an average of 16%. But scientists say this drought is already hotter and drier than the earlier one, accelerating the impact on people and the environment.

California’s Mediterranean climate means it doesn’t get significant rain or snow until the winter. The state relies on snowmelt in the mountains to fill its reservoirs in the spring, providing water for farms, homes, and fish throughout the year.