India’s trucking system has a big inefficiency problem that continues to drag the economy. BlackBuck, one of the handful of logistics startups trying to overhaul this system, has just attained unicorn status after securing new funds.

Tribe Capital, IFC Emerging Asia Fund, and VEF led the $67 million Series E financing round in the six-year-old startup, valuing it at $1.02 billion (up from about $850 million in the 2019 Series D round), BlackBuck chief executive Rajesh Yabaji told TechCrunch in an interview earlier this week. BlackBuck is the 16th Indian startup to become a unicorn this year. 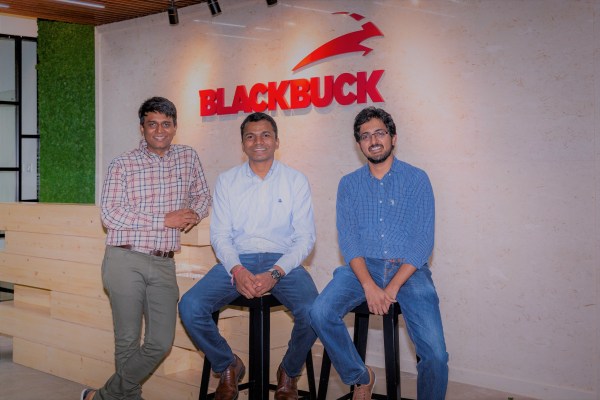 BlackBuck connects businesses with truck owners and freight operators. It has developed a simplified app for truck drivers in India, who are typically not very literate, to help them accept work and quickly navigate to their destination using Google Maps. On the client-side, businesses can fire up a similar app to place orders. About 700,000 truckers and 1.2 million trucks in India today are connected to the platform, which sees over 15 million transactions each month.

India’s truckers did not go truly digital till 2019. Since then, the supply activity has gone up by 20 times,” said Babaji. During this period, BlackBuck, too, has transformed considerably. The platform has moved away from relying on call centers for booking orders to an app-based system. Today, Yabaji said the startup had reduced its reliance on brokers, who help connect them to truckers in smaller regions as more truckers and fleet owners now have smartphones and book directly.