YOGYAKARTA, Indonesia — Indonesia’s most volatile volcano erupted Sunday on the densely populated island of Java, spewing smoke and ash high into the air and sending streams of lava and gasses down its slopes. No casualties were reported. Mount Merapi unleashed clouds of hot ash at least seven times since Sunday morning, as well as a series of fast-moving pyroclastic flows, a mixture of rock, debris, lava, and gasses, said Hanik Humaida, who heads the city of Yogyakarta’s Volcanology and Geological Hazard Mitigation Center. The rumbling sound could be heard several kilometers (miles) away. The mountain has seen increased volcanic activity in recent weeks, with its lava dome proliferating before partially collapsing Sunday, sending rocks and ash flowing down the volcano’s southwest flank, Humaida said. 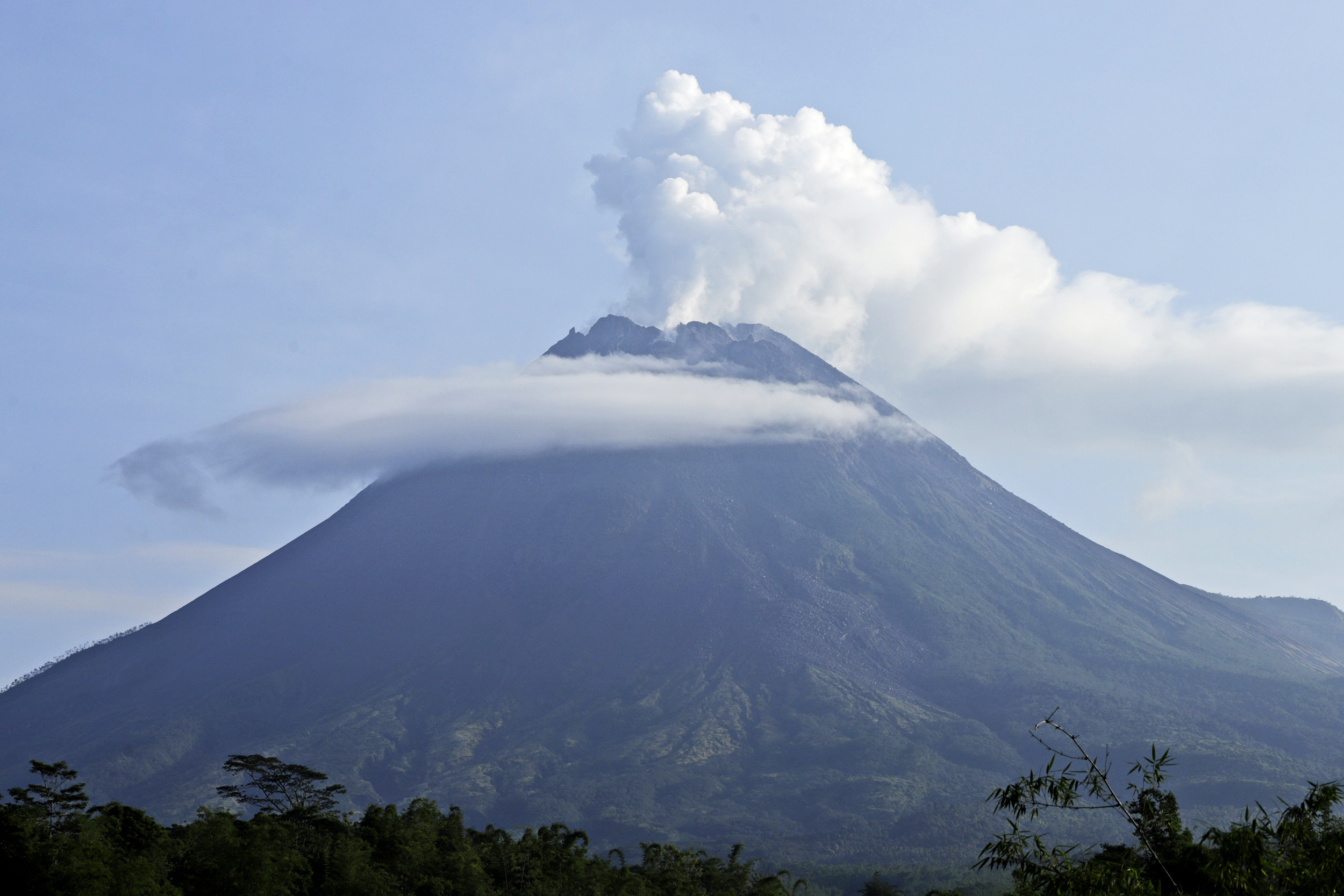 Ash from the eruption blanketed several villages and nearby towns, she said.

Villagers living on Merapi’s fertile slopes were advised to stay 5 kilometers (3.1 miles) away from the crater’s mouth and should be aware of the danger posed by lava; Indonesia’s Geology and Volcanology Research Agency said.

The 2,968-meter (9,737-foot) peak is near Yogyakarta, an ancient city of several hundred thousand people embedded in a large metro area. The city is also a center of Javanese culture and a seat of royal dynasties going back centuries.

This latest eruption sent hot ash 1,000 meters (3,280 feet) into the sky, and the searing clouds of gas traveled up to 3 kilometers (1.8 miles) down its slopes several times, the country’s geology agency said on its website.

Mount Merapi is the most active of more than 120 active volcanoes in Indonesia and has recently erupted with lava and gas clouds.

The Volcanology and Geological Hazard Mitigation Center did not raise Merapi’s alert status, which already was at the second-highest of four levels since it began erupting last November.

An archipelago of 270 million people, Indonesia is prone to earthquakes and volcanic activity because it sits along the Pacific “Ring of Fire,” a horseshoe-shaped series of seismic fault lines around the ocean.