YANGON, Myanmar — As enthusiastic crowds of tens of thousands marched through the streets of Myanmar’s biggest city on Sunday to protest last week’s coup ousting Aung San Suu Kyi’s elected government, their spirits were lifted by the return of internet services that had been blocked a day earlier. Separate protests that began in various parts of Yangon converged at Sule Pagoda, situated in the center of a roundabout in the city’s downtown area. Protesters chanted, “Long live Mother. 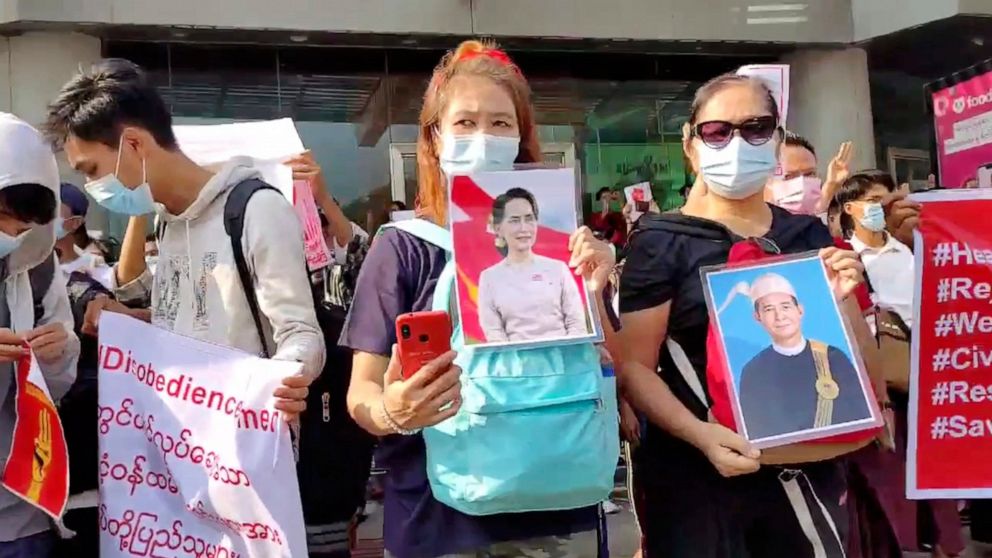 Suu” and “Down with military dictatorship.” Protesters in other parts of the country echoed their calls. As the protests grew Saturday, authorities cut access to the internet, fanning fears of a complete information blackout. On Sunday afternoon, however, internet users in Yangon reported that data access on their mobile phones had suddenly been restored. The demonstrators are seeking to roll back last Monday’s seizure of power by the military and demanding the release from detention of Suu Kyi, the country’s ousted leader, and other top figures from her National League for Democracy party.

The military has accused Suu Kyi’s government of failing to act on its complaints that last November’s election was marred by fraud. However, the election commission said it had found no evidence to support the claims. The growing protests are a sharp reminder of the long and bloody struggle for democracy in a country whose military-ruled directly for more than five decades before loosening its grip in 2012. Suu Kyi’s government, which won a landslide election in 2015, was the first led by civilians in decades. However, it faced several curbs to its power under a military-drafted constitution.

Be featured in The Great TechCrunch Survey of European VC – TechCrunch