Japan scientists to study source of high heat on asteroid

TOKYO — Japanese space experts said Thursday they would examine soil samples brought back from a distant asteroid in an attempt to find the source of heat that altered the celestial body in their search for clues to the origin of the solar system and life on Earth. Scientists at the Japan Aerospace Exploration Agency said they had made a preliminary examination of 5.4 grams (0.19 ounce) of soil, far more than the minimum 0.1-gram sample they had hoped for, which the Hayabusa2 spacecraft brought back in December from the asteroid Ryugu, more than 300 million kilometers (190 million miles) from Earth. 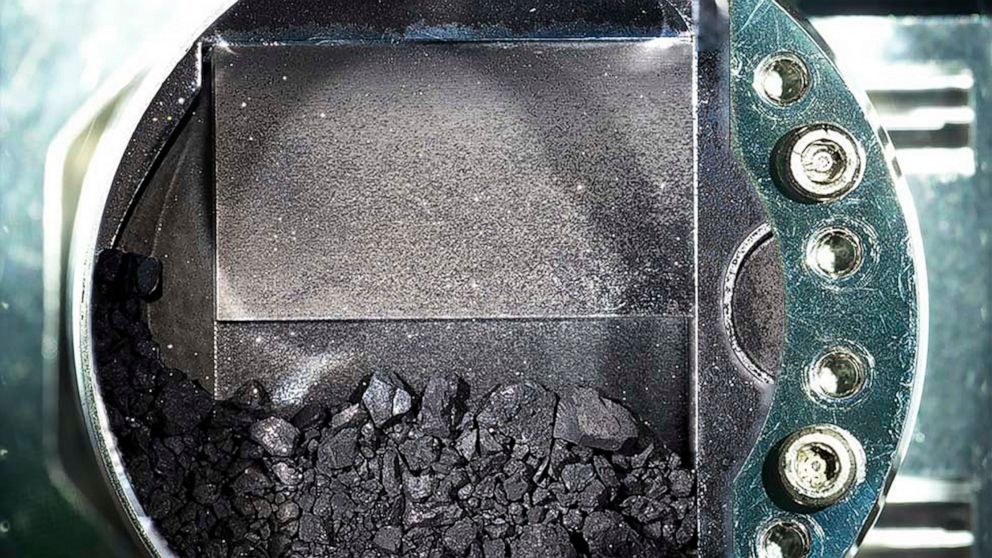 About 3 grams (0.1 ounces) of the black granules are from Ryugu’s surface and were gathered when Hayabusa2 touched down on the asteroid in April 2019. About 2 grams of larger fragments, up to about 1 centimeter (0.4 inches), were obtained from under the surface in a crater made by Hayabusa2 when it landed a second time three months later.

Based on near-infrared spectrophotometer analysis of data transmitted by Hayabusa2, JAXA scientists found that the asteroid was exposed to extremely high temperatures both on its surface and underground, possibly caused by an internal source of heat or planetary collisions rather than heat from the sun. Kohei Kitazato, a University of Aizu planetary scientist, working with JAXA, said his team found indications of heat exceeding 300 degrees Celsius (572 degrees Fahrenheit) both on the asteroid surface and underground. He said the soil underground would not reach that temperature from the sun’s heat alone, suggesting that internal radiative heat or planetary collisions affected Ryugu when it was still part of a parent body billions of years ago, causing evaporation of its water.

His earlier study, jointly conducted with Brown University scholars and more than 30 other institutions, was published in the magazine Nature Astronomy last month. JAXA is continuing an initial examination of the asteroid samples ahead of fuller studies next year. Scientists will also examine possible traces of organic matter in hopes they will provide insights into the origins of the solar system and life on Earth. Following studies in Japan, some of the samples will be shared with NASA and other international space agencies for additional research.

Hayabusa2 is continuing on an 11-year expedition to another small and distant asteroid, 1998KY26, to study possible defenses against meteorites that could fly toward Earth while conducting various tests that could be used in future Japanese space missions, including its planned 2024 MMX sample-return mission from one of the Martian moons.

The Logitech Brio 4K webcam is almost $50 off at Lenovo