BOWDOINHAM, Maine — A lack of ice in cold weather states this year has made it difficult for scientists to study an ecologically important fish population. Rainbow smelts, which are small fish that are very popular with ice anglers, have been a focus of conservationists for many years. The federal government listed the fish as a species of particular concern more than 15 years ago due to population decline. 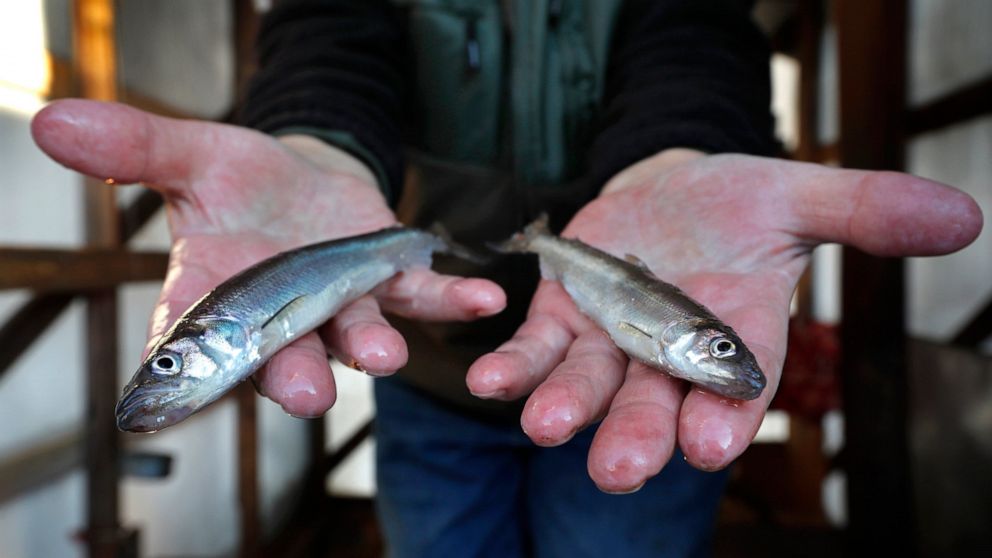 In Maine, a late-arriving winter has made it challenging to collect data about the health of the smelt population. The weather had been warmer than typical until early February, so there hadn’t been enough ice to attempt to catch them.

Other states where ice fishing is a winter tradition have had similar problems, such as New Hampshire and Michigan. The ice is hardening in many states now, but the season is likely shorter than typical.

“With the season starting so late, we have not had many opportunities to sample the commercial and recreational catches this year,” said Michael Brown, a fisheries scientist with the state of Maine.

The smelts are essential because they are a vital piece of the food chain in coastal areas, lakes, and rivers. The cause of their population decline is the subject of ongoing scientific study. Loss of habitat and climate change has the most significant impact on smelt populations, Brown said. Over-fishing has also played a role, the Maine Department of Inland Fisheries and Wildlife and other authorities have reported.

Recreational anglers who seek smelts through the ice, such as at smelt camps that line Maine waterways in the winter, are fond of frying and eating them with the head still on. Others use the fish as bait. The lack of ice has also been a blow for businesses that depend on winter fishing. On Lake Erie, ice fishing charter boat captain Tony Muscioni said thick ice finally arrived about three weeks ago, about four weeks later than usual. Muscioni, who owns Air1Airboats, which leads charters from Port Clinton, Ohio, said it was a continuing troubling trend from recent years.