Following its WWDC 2021 keynote, Apple published preview pages for macOS Monterey and iOS 15. Those include a list of all the devices the two operating systems will support once Apple releases them to the public later this year. 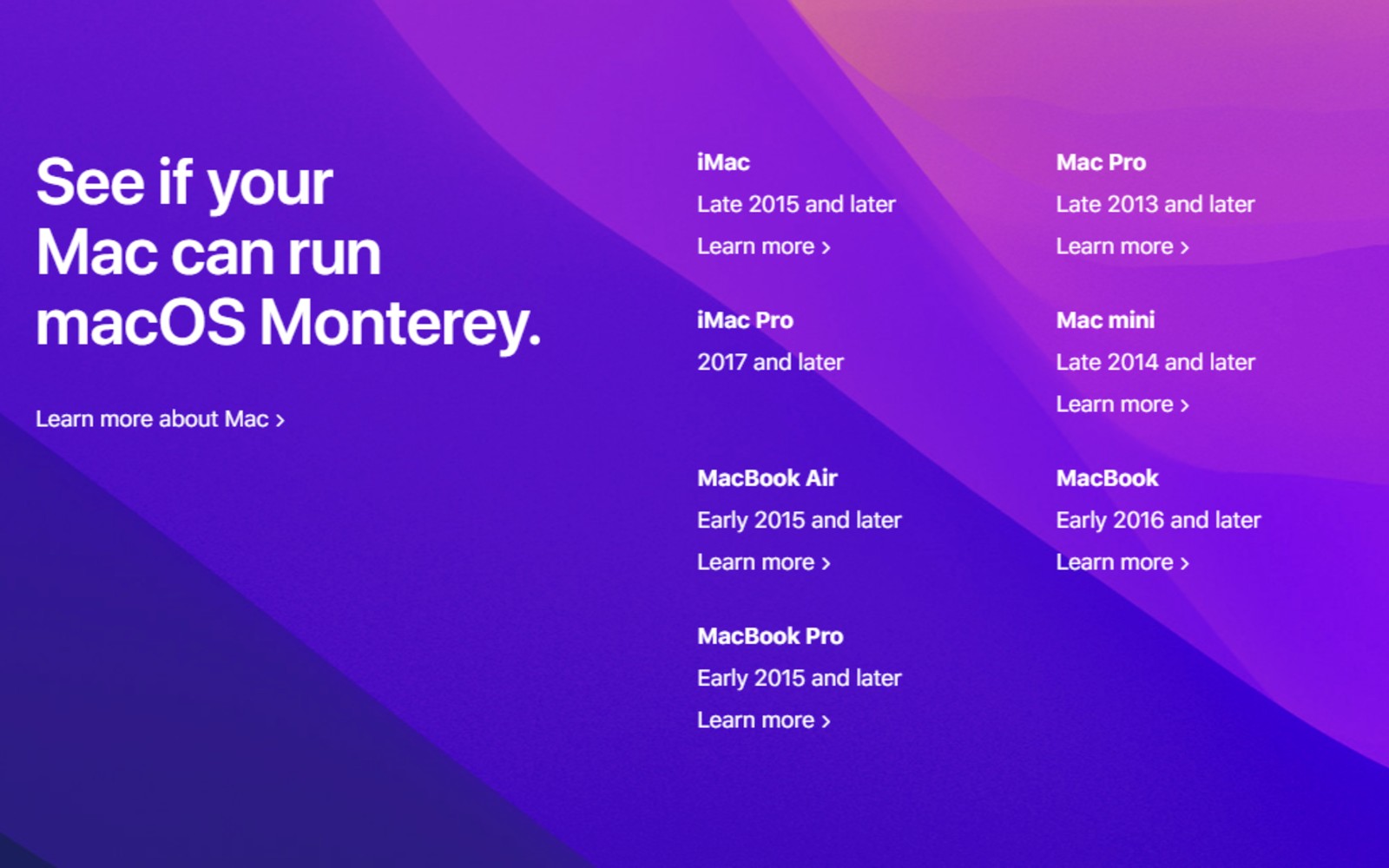 Apple macOS Monterey official: all you need to know