The new Netflix series “Lupin” is a loose adaptation of the Arséne Lupin stories by Maurice Leblanc. Still, it’s set in the present day, with a hero who’s inspired by the exploits of Leblanc’s fictional “gentleman thief.”

Through flashbacks, we meet Assane Diop (played by Omar Sy) as a young Senegalese immigrant who has recently arrived in Paris with his father. As an adult, he’s transformed himself into an impossible-to-catch thief and master of disguise. 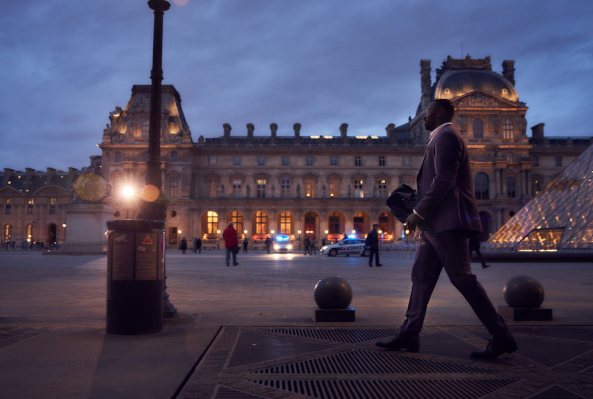 While some of Assane’s schemes have a satisfying clockwork intricacy, others rely more on his willingness to walk into any room and act as if he belongs there. As the series’ five episodes continue (with more to come), Assane is pulled into a mystery around the crime that put his father in prison.

As we explain on the latest episode of the Original Content podcast, enjoying “Lupin” requires some suspension of disbelief — Assane’s success depends on both an astonishingly incompetent police force and his ability to disappear in a way that’s hard to imagine in contemporary society. But if you can go that far, the show is a joy to watch, thanks in large part to Sy’s charismatic performance, as well as the character’s delightful confidence and ingenuity. We open the episode by discussing a very different show with the same setting, “Emily in Paris,” which was recently (and controversially) nominated for two Golden Globes.