Trending Now
GitLab 14 aims to do away with DIY...
Hottest seller at GameStop is its own stock,...
Prime Day gets you up to $403 savings...
Oracle debuts Support Rewards programme to accelerate enterprise...
What are the perks of checking into a...
Artist Maira Kalman’s Painted Serenade to Attention, Aliveness,...
4 Tips for First Time Landlords
UNC Press chair says he was denied reappointment...
These Prime Day prices on Amazon Echoes are...
Bharat Biotech submits Phase 3 data for Covaxin
Software

Vercel, the company behind the React and JavaScript framework Next.js, announced the release of Next.js 11 at its Next.js Conf.  New improvements include faster starts and changes, real-time feedback, live collaboration, and image optimizations.  Vercel announced a preview of Next.js Live, which enables developers to develop in their web browsers. According to the company, this allows developers to collaborate and share with a URL, leading to faster feedback loops, less time spent waiting for builds, and real-time peer programming. 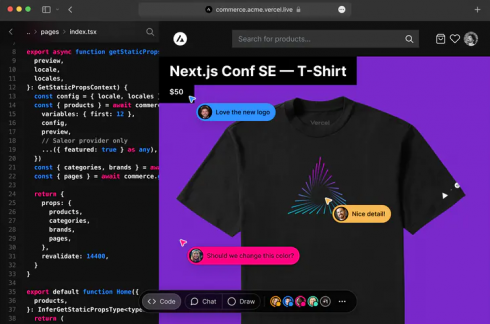 At Google Chrome, we believe our collaboration with Next.js is an example of how to set predictable outcomes for loading performance,” said Hussein Djirdeh, developer advocate at Google. “We love working together with great frameworks to help developers make the web faster, and we’re incredibly grateful for the maintainers and sponsors of the frameworks that enable the web to thrive. A special thanks to the Next.js team for testing with us

and sharing the cost of many early attempts. Next.js 11 also adds a new tool to help developers migrate from Create React App to Next.js. According to Vercel, there has been an increase in these migrations over the past six months. The new tool adds a ‘pages/’ directory, moves CSS imports to the correct location, and enables a Create React App compatibility mode which ensures patterns work with Next.js.