Red Hat has announced several new updates to Red Hat Enterprise Linux (RHEL) to make it more accessible to developers and development teams. Just as in the past, we’re committed to making the RHEL ecosystem work for as broad a community as we can, whether it’s individuals or organizations seeking to run a stable Linux backend; community projects maintaining large CI/Build systems; open-source developers looking toward “what’s next;” educational institutions, 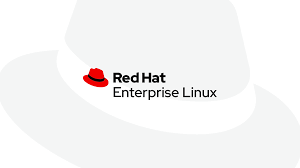 hardware, and software vendors looking to bundle solutions; or enterprises needing a rock-solid production platform,” Red Hat wrote in a post.  First, it is introducing a no-cost version for small production workloads. According to Red Hat, no-cost RHEL exists through the Red Hat Developer program, but the program’s terms limited it so that single-machine developers could only use it. Now, the no-cost RHEL can be used for up to 16 systems.

This expanded Red Hat Developer program can also run RHEL on public clouds like AWS, Google Cloud Platform, and Microsoft Azure.  Red Hat also announced a no-cost RHEL for customer development teams. This will make it easier for teams—not just individual developers—to take advantage of the Red Hat Developer program. Sections can now be added to the program at no additional cost, and RHEL can be deployed through Red Hat Cloud Access.