Many Southeast Asian digital businesses run into obstacles when seeking early-stage growth financing. They might not want to sell equity in their company but often struggle to secure working capital loans from traditional financial institutions. That’s where Singapore-based Jenfi comes in, providing revenue-based financing of up to $500,000 with flexible repayment plans that co-founder and chief executive officer Jeffrey Liu refers to as “growth capital as a product.” 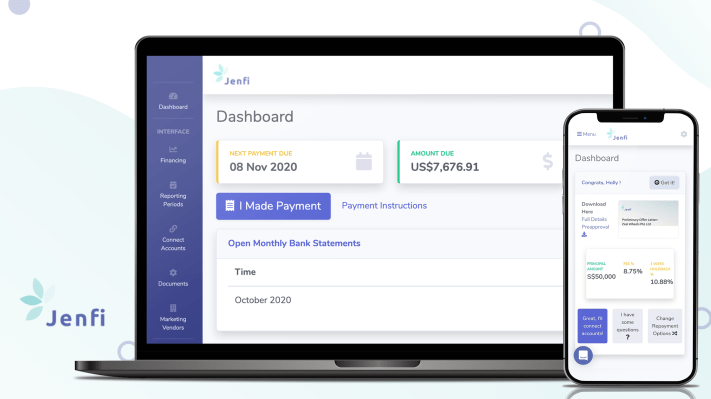 While revenue-based financing is gaining traction in many other markets, Liu told TechCrunch that Singapore-based Jenfi is the first company of its kind focused on Southeast Asia. The startup announced today that it had raised a $6.3 million Series A led by Monk’s Hill Ventures. Participants included Korea Investment Partners and Golden Equator Capital, 8VC, ICU Ventures, and Taurus Ventures. The company previously raised $25 million in debt financing from San Francisco-based Arc Labs.

Jenni works primarily with “digital-native” companies, including SaaS providers and e-commerce sellers. Some of its clients include Tier One Entertainment, Pay With Split, and Homebase. Jenni hasn’t disclosed how much non-dilutive financing it’s provided so far, but its goal is to deploy $15 million by July 2022. It claims that the average Jenfi customer experienced compounded sales growth of about 26.5% over three months, 60% over six months, and 156% over twelve months.