The developers behind the Go programming language announced that native fuzzing is ready for beta testing in its development branch, dev. Fuzz.

Fuzzing is automated testing that continuously manipulates inputs into a program to find issues such as panics or bugs that existing unit tests might miss. 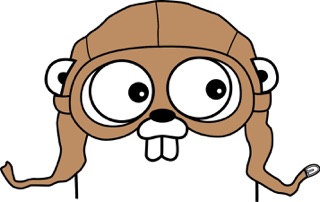 According to the Go team, the feature won’t be included in the upcoming Go 1.17 release, but there are plans to add it in the future.

With the new DVC Studio release, developers can use Git and DVC to track their code, ML models, metrics, hyperparameters, and data altogether.

The tool analyzes Git history and performs ML bookkeeping automatically, and users can get quick access to essential metrics across multiple projects or explore individual experiments.

DVC Studio is also the online UI for CML, which can create reports and orchestrate resources in the cloud or Kubernetes to run training.

Cribl released LogStream 3.0 for making multi-system observability a reality for any organization and also announced the general availability of LogStream Cloud.

“Observability data come in thousands of shapes and sizes, and in today’s world, customers have left copy and pasting configuration snippets found in obscure repos to try to best shape, enrich, and reduce their data sets,” said Clint Sharp, the co-founder, and CEO of Crib. “With the launch of LogStream 3.0 and Cloud, customers can get value in minutes and then share all their hard-won knowledge easily with the broader Cribl community.”

The key customer benefits include built-in knowledge and shareable content that reduces cost, complexity, and time to manage an observability pipeline.

Exadel announced that Appery.io had released Appery.io Templates, which gives users a solid foundation to create unique applications without mastering app coding.  New and current users can now take advantage of templates such as the Meditation & Sleep App, Quiz App, Checklist App, and a Duties App. These templates have been designed with a shared vision in mind – that our apps must be easily customizable and require minimal development efforts from the user. With Appery.io Templates, users can quickly change the way an app looks or modify the app behavior without having specific development skills,”  said Eldar Chernitsky, the head of product at Exadel.