CAPE CANAVERAL, Fla. — A pair of NASA astronauts ventured out on their second spacewalk in under a week Monday to complete a four-year effort to modernize the International Space Station’s power grid.

Over the weekend, flight controllers in Houston used the station’s big robot arm to replace the last pair of old-style batteries with a single better-quality one. Astronauts Mike Hopkins and Victor Glover needed to put the finishing touches on this newest lithium-ion battery to complete a series of spacewalks that began in 2017. 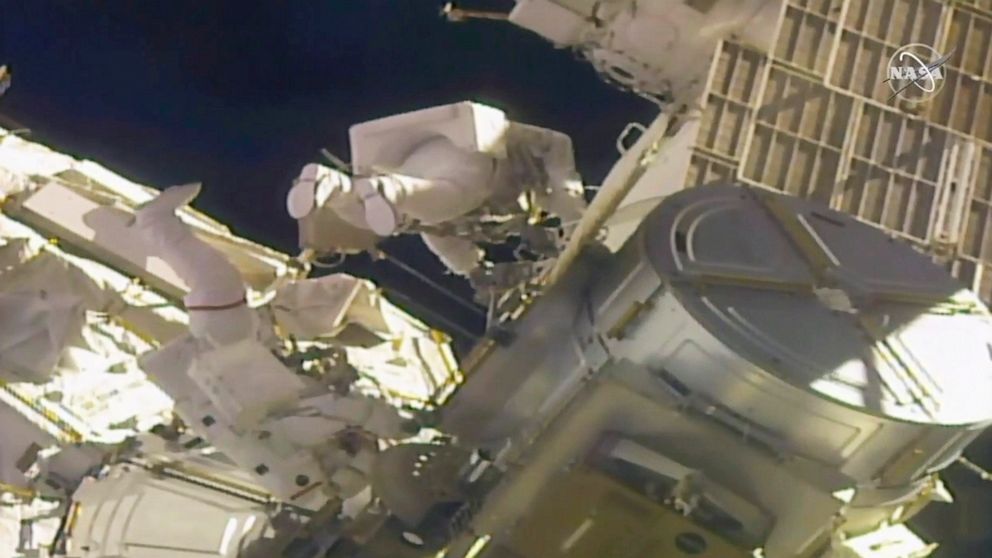 “Beautiful day. Let’s go for a walk outside,” Mission Control radioed as the spacewalk got off to a late start.

The space station is now equipped with 24 lithium-ion batteries to store power collected by the solar panels. The big, boxy batteries, surpassing 400 pounds (180 kilograms) each, provide electricity for the orbiting lab when it’s on the night side of Earth. They’re so powerful that only half as many are needed as the old nickel-hydrogen batteries they replaced.

The upgrade took longer than expected after one of the new batteries failed following its installation two years ago and had to be replaced. In all, 14 spacewalks were needed to complete the battery work.

NASA expects these batteries to last the rest of the space station’s operating life.

Other spacewalking chores Monday for Hopkins and Glover include installing a new camera on the U.S. Destiny lab and replacing parts in the camera system outside the station’s Japanese lab, named Kibo, or Hope in English. During a spacewalk on Wednesday, the two astronauts made improvements to the European lab, Columbus. Two more spacewalks will be conducted in about a month to prepare additional solar panels set for delivery later this year.

How Budget 2021 proposals will impact homebuyers