Trending Now
Saving Space, Saving Money and More: Top 6...
APRA Home Loan Rule Tightening – What Does...
Types of Outdoor Furniture That Are Great for...
Invoice vs Statement: What’s the difference?
How Compression Garments Help the Healing Process
You Need the Best Cosmetic Surgeon, and Here...
Why is it Important to Know the Meaning...
Hair Help: Does RU58841 Regrow Hair?
Pearl Earrings – Exquisite Jewellery for Women of...
How to take care of the nail area?...
Tech

CAPE CANAVERAL, Fla. — Spacewalking astronauts installed a high-speed data link outside the International Space Station’s European lab on Wednesday and tackled other improvements. NASA’s Mike Hopkins and Victor Glover floated out early and headed straight to Columbus, one of the three high-tech labs at the orbiting outpost. 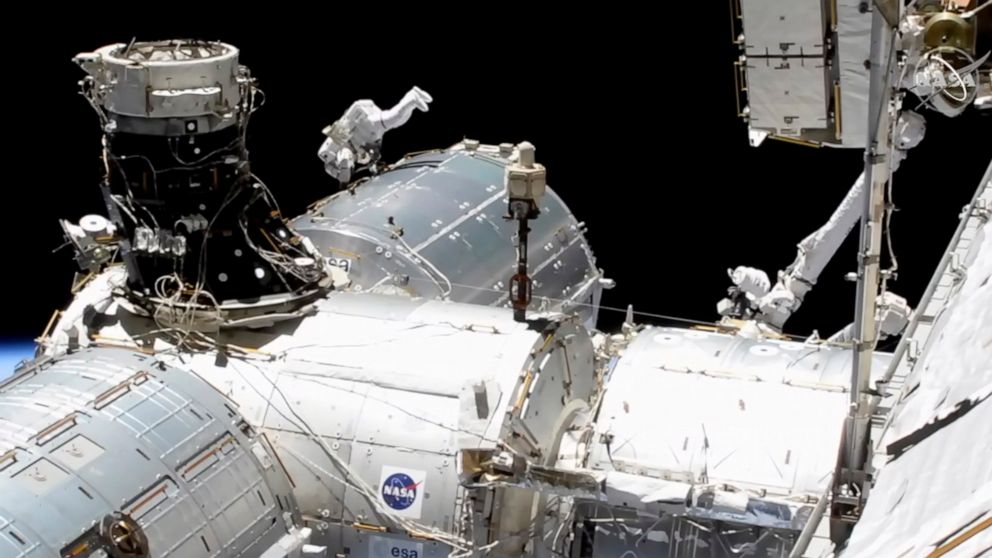 The astronauts hauled with them a fancy new antenna for Columbus that will provide faster communication with European researchers via satellites and ground stations. Although they had trouble driving in some bolts to attach the boxy antenna, the size of a small refrigerator appeared secure, and Mission Control declared a success.

Danish astronaut Andreas Morgensen guided the spacewalkers from Mission Control in Houston, where controllers wore masks and were seated apart because of the pandemic.

The spacewalkers also needed to hook up power and data cables for an experiment platform for science research outside the European lab that’s been awaiting activation for almost a year.

SpaceX delivered the platform named Bartolomeo to the space station last spring. The shelf was installed with the station’s robot arm but had to wait until Wednesday’s spacewalk to get hooked up and activated.

Airbus, which built and ran Bartolomeo, is selling space on the platform for private research projects. It’s Europe’s first commercial venture outside the station.

Hopkins and Glover will perform a second spacewalk on Monday to complete battery upgrades to the station’s solar power grid. The latest spacewalk was the third for Hopkins and the first for Glover.

They are part of SpaceX’s second astronaut flight that launched in November. Their docked Dragon capsule was visible on NASA TV during the spacewalk.

The Associated Press Health and Science Department receives support from the Howard Hughes Medical InstInstitute’sartment of Science Education. The AP is solely responsible for all content.

While COVID-19 Took Over The World, I Was Having My Own Health Crisis