As devices become less and less repairable, it’s always heartening when companies build devices with an eye on sustainability. After all, repairing the machine you already own will almost always be more friendly to the environment than buying a new one. A framework is a hardware startup founded by former Oculus engineer Nirav Patel looking to take the Fairphone model and bring it to laptops, even shipping with a screwdriver in the box. 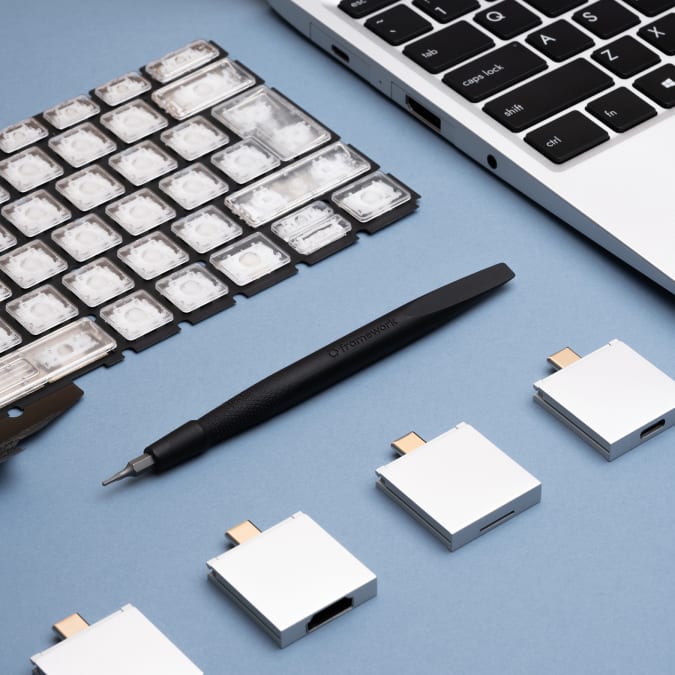 Today, the company is announcing its first product, the Framework laptop, a 13.5-inch notebook with several modular parts. The idea is that users can swap out several of the components when they break or upgrade them when technology moves on. Now, repairable laptops aren’t a new invention, but the focus here looks to be making this as friendly for novices as it possibly can be.

The Framework laptop packs a 13.5-inch, 2,256 x 1,504 3:2 display hidden behind a series of magnetic bezels, making it easy to replace. It also packs a 1080p, 60fps webcam with a hardware privacy switch and a keyboard with 1.5mm key travel. As for the chip, you’ll get the option of selecting a quad-core 11th-generation Intel Core CPU alongside WiFi 6, up to 64GB of DDR4, and up to 4TB of Gen4 NVME SSD storage.

Almost all the machine’s components, including the display, battery, keyboard, and display bezels, are replaceable. Inside, you’ll also find that the SSDs, memory, and WiFi modules all use industry-standard sockets; the only thing that isn’t is the CPU. If you want to upgrade that, you’ll need to pull out and return the mainboard, newer versions available from Framework’s store, when new chip options arrive.

Patel said that each module “uses a single labeled connector,” and most of them have “pull tabs to make them easy to handle.” He added that of the components that can be replaced, the only problematic one is the mainboard since you’d need to disconnect everything it connects to before removal. But, he added, ripping out the machine’s heart would be a pretty rare event.

Naturally, whenever people discuss repairability, there’s always the idea that this is an eat-your-vegetables situation, with low-end specs and clunky performance. Patel says that this isn’t the situation here, saying that he wants to meet, or beat, the ThinkPad T, Surface Laptop, and XPS 13 on performance.