Ten years ago today, the 3DS debuted in Japan. It followed the DS family, and the big selling point for this third generation of Nintendo’s dual-screened systems was the addition of 3D graphics. And yet, what people remember most about the 3DS isn’t that feature; in fact, many folks just turned the 3D off once the novelty wore away. For myself and many others, the most impressive part was StreetPass. Yes, StreetPass. 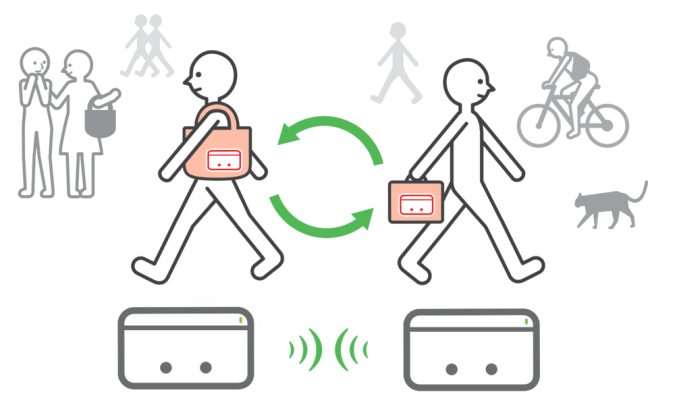 In case you’ve already forgotten, StreetPass was a social feature built into the handheld. Once it was enabled, it allowed the 3DS to exchange information with other systems in the immediate area passively. Players could create a Mii character that would travel to other handhelds and could then be used by the other player (and vice versa) within several games within the Mii Plaza and beyond. The dungeon-crawler ‘Find Mii’ was probably the most famous since it was included with the system. Still, I was particularly enamored of some of the ones you could purchase, like the gardening title ‘Flower Town’ and ‘Feed Mii,’ a cooking simulator.

If you have no strong feelings about StreetPass, you’re likely one of the many people who got little use out of it. The feature worked great in densely populated areas like Tokyo but less so in the United States, where most people drive to work.

I live in New York, and until recently, I was a regular commuter on the subway. During the heyday of the 3DS, I could expect to pick up a handful of StreetPass tags daily, loading them into my system and going through Puzzle Swap and other games on the way home from work. The gameplay wasn’t intense, but it didn’t have to be — it was perfect for a few minutes distraction on public transportation. Inversely that made it terrible for people who didn’t take public transportation, as their 3DS time was more likely to be at home, directly competing against consoles and computers with deeper gameplay. The Mii Plaza games just came across as shallow in comparison.

Newness raises $3.5 million for its ‘Twitch for beauty streamers’ – TechCrunch