TikTok emerges as a political battleground in Navalny-stirred Russia – TechCrunch

TikTok has crafted some policies over the years to distance itself from the often-messy political fray, but its users continue to have other agendas in mind.

In Russia, a tug-of-war has emerged on the social network.

On one side are young people using the app to create videos in support of free speech, rallying the public against the government and its treatment of Alexander Navalny, the anti-Putin, anti-corruption politician, and activist. 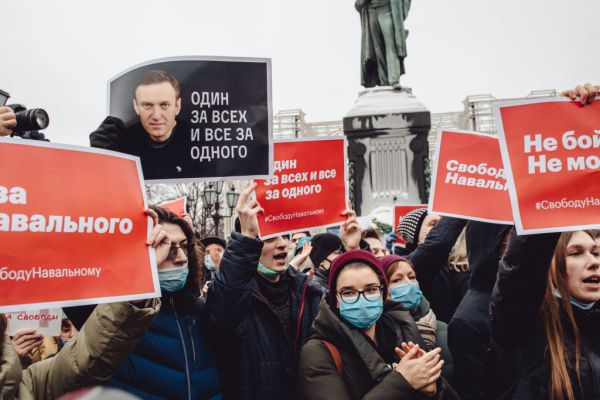 On the other is a government that has quickly versed itself in the art of video messaging — tapping and allegedly paying influencers to dissuade the masses from joining them. Navalny’s long-term battle with Putin’s government has included political run-ins, imprisonments, and a poisoning (with an evacuation to Germany to heal), followed by a return to Russia, subsequent arrest, and conviction for violating previous parole.

Through all of that, Navalny has taken on the mantle of anti-authoritarian hero. With many already unhappy about how the government is handling a weak economy and COVID-19 — a situation that has shaken (but, apparently, not wholly toppled) government approval ratings — Navalny’s call for mass protests has been met with a strong response.

And as those protests unfold, TikTok is shaping up to be the scrappy social media analog of that activity — not unlike the prominent role that Twitter took on during the Arab Spring. “Political content is not typical for Russian TikTok,’’ said food blogger Egor Khodasevich, whose @kushat_hochu account has 1.2 million followers on the app. “Before Navalny’s return, Russian TikTok was all about dancing, pranks, and post-Soviet trash aesthetics. Suddenly, political videos have started to appear across all categories — humor, beauty, sport.’’

Now, in a significant turnaround, Russian content on the app is being flooded with catchy videos of teenagers cutting their passports in half and throwing them away, pupils taking down portraits of Putin and swapping them with those of Navalny, and others were creating how-to’s for would-be protestors — advising them to wear warm clothes, to equip themselves with water and power banks and, if arrested, to pretend they are foreign.