U of Louisiana-Lafayette mini-satellite zipping around Earth

LAFAYETTE, La. — A cubical satellite small enough to sit on the palm of your hand is zipping around the world and sending data about radiation to the Louisiana students who designed and built it.

The satellite, called CAPE-3, carries a chip designed and built by students at the University of Louisiana at Lafayette to detect radiation, to keep astronauts safe. 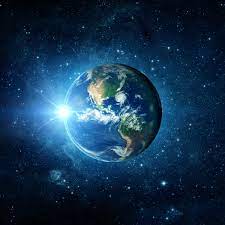 “The detectors would provide liquid crystal display readings so astronauts could constantly monitor how much radiation they’re being exposed to,” Dr. Paul Darby, the university’s project leader, said in a news release.

The satellite also carries a tiny Geiger counter so students can tell whether the chip is accurate.

Each side of the satellite is only 10 centimeters – less than 4 inches – across. It was among ten launched on Jan. 17 from a Virgin Orbit rocket launched high above the Pacific Ocean from a customized Boeing 747.

Eight of the other nine were built by students at other schools. The tenth was made by NASA, which runs the CubeSat Launch Initiative to give nonprofit organizations and schools at all levels a chance to do scientific investigations in space and help NASA with exploration and technology development.

At least one “nanosatellite” was built by an elementary school. Students in Lafayette began receiving radio signals early Monday from the satellite, which circles the world every 90 minutes at 17,000 miles an hour. This is Louisiana-Lafayette’s third satellite launched as part of the program. The school’s CAPE program is for the Cajun Advanced Picosatellite Experiment program to prepare students for careers in science, technology, engineering, and mathematics.

Which Chemex should you buy?