US agency to look at bringing back bison on Montana refuge

BILLINGS, Mont. — U.S. officials said they would consider in coming years whether to reintroduce wild bison to a million-acre (400,000-hectare) federal wildlife refuge in central Montana, a move that would be at odds with Republicans in the state who want to limit where bison can roam.

The U.S. Fish and Wildlife Service plans, beginning in July “to engage Tribes and stakeholders on the topics of bison and bighorn sheep reintroductions” on the Charles M. Russell National Wildlife Refuge, a remote landscape of badlands and prairie bisected by the Missouri River, according to an Interior Department statement. 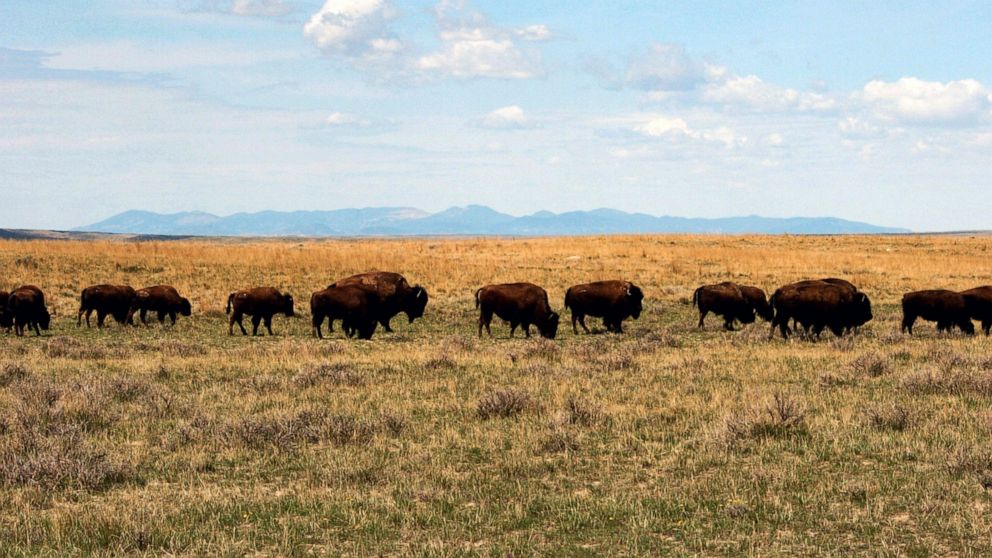 Bison historically roamed the region but was wiped out across most of North America by overhunting in the late 19th century. Montana Gov. Greg Gianforte and his fellow Republicans in the Legislature have sought to make it harder to reintroduce bison to new areas.

Many ranchers in the state, including around the refuge, oppose efforts to restore bison to the landscape, fearing they could compete with livestock for public grazing space and spread the disease brucellosis. That’s an infectious disease carried by Yellowstone National Park bison that can cause animals to abort their young prematurely.

Gianforte last week announced the cancellation of a state bison management plan that would have made it easier to reintroduce the animals. His administration settled a lawsuit with a property rights group that claimed that then-Gov. Steve Bullock, a Democrat, had been scheming to establish a free-roaming herd within the Charles M. Russell refuge, named for the western artist whose work captured the area’s rugged beauty.

On Tuesday, a group of Native American state lawmakers asked the Biden administration to craft a plan to reintroduce bison to the refuge and on public lands adjacent to the Blackfeet Indian Reservation, including Glacier National Park and the Rocky Mountain Front.

Rep. Tyson Running Wolf, a Blackfeet member from Browning, said it was “awesome” that bison could be considered for the refuge. He urged the administration to also look at bison for the Glacier area.

Interior Department officials provided no specifics on their plans beyond a statement saying the wildlife service was in the final planning stages before launching a “multiple years” process to consider bison and bighorn sheep reintroductions. Other wildlife and habitat issues also would be considered.

The refuge already has bighorn sheep, and it is uncertain if their inclusion by the agency refers to plans to bolster existing populations or put them into more areas.