CARSON CITY, Nev. — The artificial lakes that store water supplying millions of people in the U.S. West and Mexico are projected to shrink to historic lows in the coming months, dropping to levels that could trigger the federal government’s first-ever official shortage declaration and quick cuts in Arizona and Nevada. The U.S. Bureau of Reclamation released 24-month projections this week forecasting that less Colorado River water will cascade down from the Rocky Mountains through Lake Powell and Lake Mead and into the arid deserts of the U.S. Southwest and the Gulf of California. Water levels in the two lakes are expected to plummet low enough for the agency to declare an official shortage for the first time, threatening the supply of Colorado River water that growing cities and farms rely on. 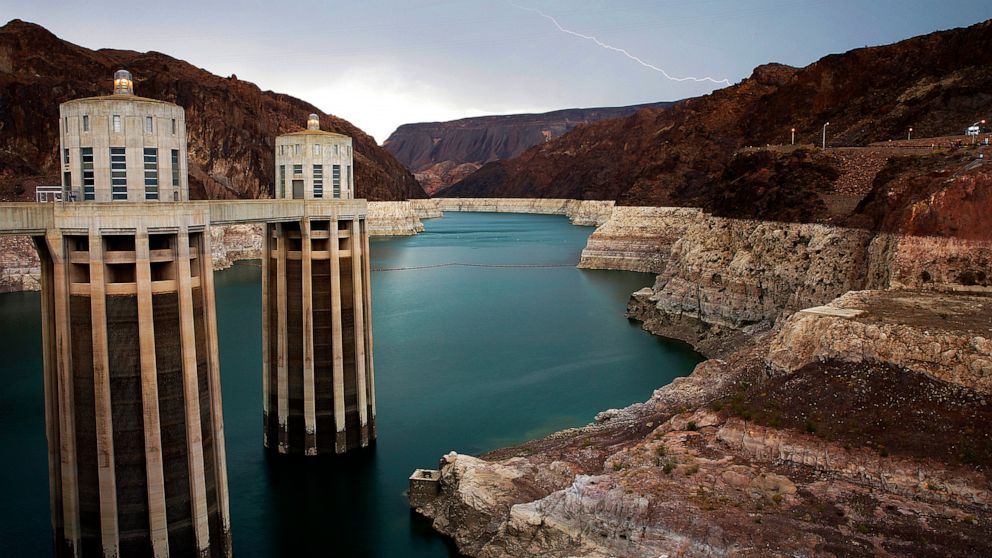 It comes as climate change means less snowpack flows into the river and its tributaries. Hotter temperatures dry soil and cause more river water to evaporate as it streams through the drought-plagued American West.

The agency’s models project, Lake Mead, will fall below 1,075 feet (328 meters) for the first time in June 2021. That’s the level that prompts a shortage declaration under agreements negotiated by seven states that rely on Colorado River water: Arizona, California, Colorado, Nevada, New Mexico, Utah, and Wyoming.

The April projections, however, will not have a binding impact. Federal officials regularly issue long-term forecasts but use those released each August to decide how to allocate river water. If projections don’t improve by then, the Bureau of Reclamation will declare a Level 1 shortage condition. The cuts would be implemented in January.

Arizona, Nevada, and Mexico have voluntarily given up water under a drought contingency plan for the river signed in 2019. A shortage declaration would subject the two U.S. states to their first mandatory reductions. Both rely on the Colorado River more than any other water source, and Arizona stands to lose roughly one-third of its supply.

India’s COVID-19 battle: Why is there an outcry for Remdesivir and concerns over the effectiveness of vaccines on the virus