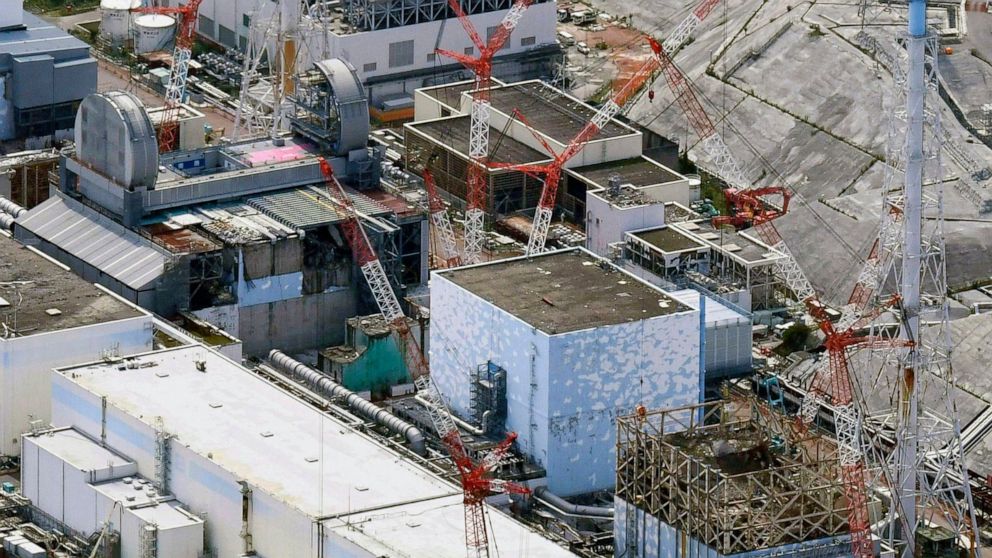 Tokyo Electric Power Co. spokesman Keisuke Matsuo said the drop in water levels in Unit 1 and 3 reactors indicates that the existing damage to their primary containment chambers was worsened by Saturday’s magnitude 7.3 quake, allowing more water to leak. He said that the leaked water is believed to have remained inside the reactor buildings, and there is no sign of any outside impact. In 2011, a powerful magnitude 9.1 earthquake and tsunami damaged the Fukushima plant’s cooling systems, causing three reactor cores to melt and nuclear fuel to fall to the bottom of their primary containment vessels.

TEPCO will monitor the water and temperatures at the bottom of the containment vessels, Matsuo said. Since the 2011 disaster, cooling water has constantly been escaping from the damaged primary containment vessels into the basements of the reactor buildings. Additionally, cooling water has been pumped into the reactors to cool the melted fuel remaining inside to make up for the loss. TEPCO said that the recent decline in the water

levels indicates that more water than before is leaking out. According to the Fire and Disaster Management Agency, more than 180 people mainly received minor injuries from Saturday’s earthquake. The quake also triggered landslides, damaged homes, and a high-speed train line, and caused widespread power and water supply disruptions.

Just berating babus is a waste of time